Reports say that a number of top US generals have made it clear in “private conversations” that they will resist any efforts to increase the snail’s pace of the drawdown of troops from Afghanistan. 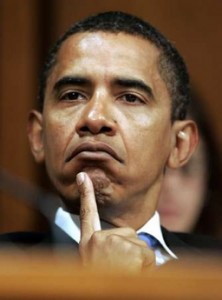 The basis of this resistance is that any effort to reduce troops by a more meaningful amount would only be done for “short-term political requirements” of President Obama in the run-up to the 2012 election.

The report comes with the claim that President Obama would do so for “political and financial reasons,” citing the dramatic costs of the occupation of Afghanistan and the war’s massive unpopularity among Americans.

Yet the claim appears to be unsubstantiated, as the administration appears at best ambivalent about the rising costs of war and treats public opposition with open scorn. With President Obama looking to secure Afghan endorsement for an occupation through 2024, it seems hard to imagine he’s also looking for a quicker exit.

One thought on “US Generals Vow to Resist Speeding Afghan Drawdown”