While insisting it was untrue that Israel had made any decision to launch an attack on Iran in the coming weeks, Defense Minister Ehud Barak sought to downplay the “delusional” media reports that a war with Iran would result in significant Israeli casualties. 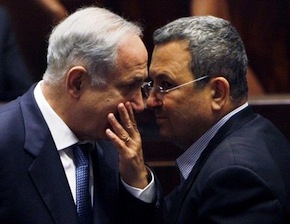 “There will not be 100,000 casualties, and not 50,000 casualties, not 5,000 casualties and not even 500,” insisted Barak, saying the current IAEA report was probably the international community’s “last chance” to try diplomacy before starting a massive war on Iran.

Israeli media has said Barak, alone with Prime Minister Benjamin Netanyahu are united in believing that an attack should be launched soon, and have been trying to convince the rest of the cabinet of the wisdom of doing so before winter makes it less convenient for Israeli warplanes.

Several members of Israel’s cabinet have expressed a preference for Netanyahu to focus on getting the United States to attack Iran instead, but despite repeated threats to that effect few expect President Obama to do so in what Israelis would consider a timely fashion.