The United States is in the midst of fighting a new war in Africa, following familiar foreign policy conventions applied previously, particularly in Latin America and the Middle East, to ruinous results. 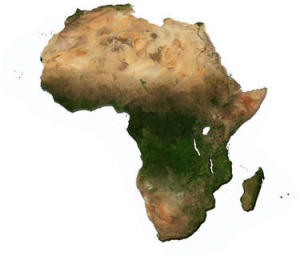 The renewed focus on Somalia is a case in point. The US is running CIA blacksites as prisons and supporting thuggish militias to fight al-Shabaab, all while conducting covert kill/capture raids with Joint Special Operations Command forces. The allied regimes of Kenya, Uganda, Burundi, and others are joining the fight against the Somali militants as Predator and Reaper drones unleash airstrikes launched from bases in Ethiopia, Djibouti, and Seychelles.

In June, for example, the Pentagon sent about $45 million in military equipment to Uganda and Burundi, as well as four small drones, body armor and night-vision and communications gear, which their collective 9,000 US-supported troops use in the fight against al-Shabaab. Additionally, Obama last month sent 100 combat troops to the region in support of the Ugandan government.

And while the US has officially denied accusations that it is supporting Kenya’s current invasion and bombing of southern Somalia, they admit they have given Kenya $24 million this year in military and police aid “to counter terrorists and participate in peacekeeping operations.”

Through the Pentagon’s Africa Command, the US is training and equipping militaries in countries including Algeria, Burkina Faso, Chad, Mali, Mauritania, Morocco, Niger, Nigeria, Senegal and Tunisia in the name of preventing “terrorists from establishing sanctuaries.” The strategy appears irreconcilable with recent history, however, given the US-sponsored invasion of Somalia by Ethiopia in 2006 gave rise to the militant group al-Shabaab – now ironically justifying current interventions.

The strategy, which is beginning to span an entire continent, indicates a desire on the part of the national security establishment to avoid the high costs of thousands of occupation forces and lengthy nation building projects. Instead, military support to undemocratic regimes, dangerous proxy wars, drones, and covert military missions with a light footprint rule the day in America’s approach to Africa.

In other words, it is a strategy outside the jurisdiction of Congress and without the knowledge of the American people. Such strategies have led to tyranny, death, and blowback in the past. And there isn’t much indication it will be any different this time.