Confirming that the use of Facebook and other social media sites in the Tunisian revolution “shocked” officials, the Department of Homeland Security (DHS) confirmed that it intends to develop guidelines for how officials go about collecting intelligence from the sites. 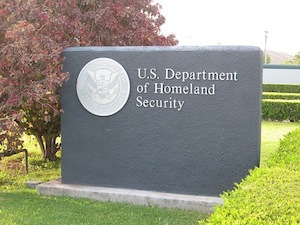 “We’re still trying to figure out how you use things like Twitter as a source,” DHS Undersecretary Caryn Wagner conceded, insisting that the department doesn’t “actively monitor” sites like Twitter and Facebook but would look at them to corroborate information about any “potential threat.”

Analysts expressed surprise that the government wasn’t already doing this sort of thing, pointing out that private industry has been trying to collect useful information out of social networking sites for years and that Wagner’s comments suggested the DHS is just getting around to looking at it.

Though it seems unlikely that the intelligence community is going to find open talk of terror attacks, the use of social media to organize protests against pro-US dictatorships might provide the DHS with a heads up over which of their assorted tyrants are about to face turmoil.