A new report from the Director of National Intelligence (DNI) shows the intelligence budget shifting away from formal military intelligence and more toward agencies like the CIA, with the overall military intel budget dropping over 10 percent over the past year, and the CIA’s budget seeing over $1 billion in increases. 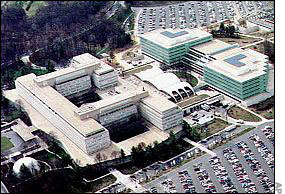 The US ‘intelligence’ budget’s shift toward the CIA has been ongoing for several years, though the exact amount is unclear since the US only formally released its spying budget for the first time in 2010.

It will likely mean the US military, which is getting bigger as its intelligence budget shrinks, will be relying more and more on the CIA and other outside agencies for its intelligence.

This would normally not be a problem, but it comes as the CIA appears less and less interested in intelligence and is moving larger portions of its budget into assassinations and drone strikes, with some 20 percent of CIA analysts working as “targeters” picking out people to fire missiles at.