Multiple weekend ultimatums by NATO’s Kosovo Force (KFOR) have slipped with the Kosovar Serbs refusing orders by the military to remove roadblocks in the region. A 24-hour deadline issued Saturday gave way to a “by Monday” deadline. 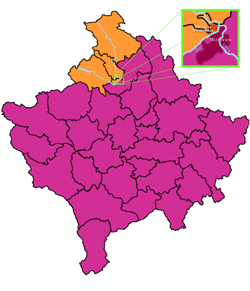 The ethnic Serbs in Northern Kosovo have been blocking the roads to military and regime forces off and on since late July, when Kosovo and NATO troops invaded the region and seized border posts to prevent trade with neighboring Serbia.

The Serbian government warned NATO against using military force to remove the roadblocks, saying that attempting to crush the unrest in the north violently would only add to the tension in the region.

The Kosovo government is dominated by ethnic Albanians, and is hostile to Serbia, from which it formally seceded in 2008 (after a nine year run under UN rule). The northern portion of the nation is ethnic Serbian, and objected to being included in the secession. They have called for secession from Kosovo, but it is opposed by NATO.