Some five years after his capture, Israeli soldier Gilad Shalit is expected to be returned to Israel within a matter of days, as their government has agreed to a prisoner swap with Hamas which will also see over 1,000 Palestinian detainees returned to the West Bank or into exile. 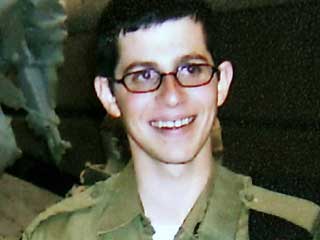 The Hamas government in Gaza broadcast images of celebrating Palestinians, and their state media emphasized that among the released would be a number of female prisoners languishing in Israeli detention centers. Fatah leader Marwan Barghouti, one of the most high profile detainees whose release has long been sought, will not be among those released. Even in prison Barghouti has played a role in mediating between the Hamas and Fatah factions, and given Israel’s current stance that the two factions cannot be allowed to reach any agreement, it is unsurprising they were unwilling to release him.

Shalit’s detention was a cause celebre in Israel for years, and the prisoner swap was supported broadly in the cabinet, with only three cabinet ministers opposing a deal to release the Palestinians for Shalit’s return.

Shin Bet chief Yoram Cohen insisted it was “not a good deal, but, on the other hand, it’s the only way if we want to bring him home.” Shalit’s family was cautiously optimistic about the deal, but obviously was waiting for it to actually be completed before celebrating too loudly, as previous deals have come close before collapsing.