Faced with evidence of improper evidence and rampant rights violations against US citizen Jose Padilla, a US Appeals Court not only upheld the conviction but ordered a new sentencing hearing because they felt 17 years was “too lenient.” 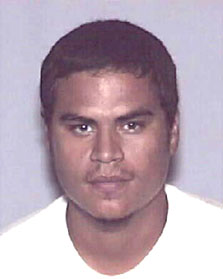 Padilla was arrested in 2002 in a “dirty bomb plot” which officials eventually abandoned over lack of evidence. After spending over three years in a military brig without charges, Padilla was eventually charged with “terrorism support.”

The initial 2008 sentence was for 17 years and four months in prison, taking into account the three-plus years he spent in detention. The appeals court felt this too was unfair, and that because of Padilla’s past convictions, including one juvenile conviction for fighting, the sentence needed to be much longer.

Padilla’s lawyers say they intend to appeal to a higher court, saying that his torture in custody as well as the use of improper evidence warranted a new hearing.

14 thoughts on “Appeals Court: Last Court Too Lenient on Padilla”