Israeli Foreign Minister Avigdor Lieberman has long been a foreign minister in title only, with Prime Minister Benjamin Netanyahu running a mostly independent foreign policy out of the prime minister’s office, often distancing himself from the foreign ministry’s diktats. 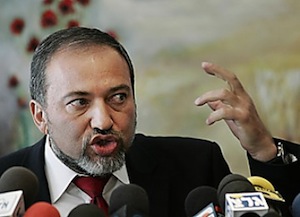 Netanyahu’s really got his work cut out for him today, however, following reports that Lieberman has formed a team in charge of coming up with ways to get revenge on Turkey for demanding an apology over the killing of aid workers in the Israeli attack on the Mavi Marmara.

Incredibly, the reports have Lieberman plotting to arm the the Kurdistan Workers’ Party (PKK), a terrorist organization which has been launching attacks recently against the Turkish military.

Which once again has Netanyahu scrambling, with his office looking to distance itself from the plot, refusing to either confirm or deny its authenticity, and insisting that they continue to hope to restore relations with the Turkish government.