Reports on the millions of dollars the terrorist organization the Mujahiden-e Khalq has spread around in an effort to buy its way off the State Department’s terror list have added to scrutiny of its paid advocates. They haven’t, however, slowed the flow of advocacy. 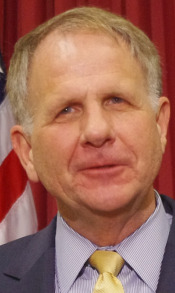 Fresh off of hawkish British MP David Amess lauding the group on TheHill.com yesterday, his US equivalent, Rep. Ted Poe (R – TX) is in TheHill.com today cheering the group as a ticket to regime change in Iran.

Perhaps the most noteworthy aspect of the Amess and Poe pieces are not their differences, but their massive similarities. Both seem to be working off the same script, using the same list of talking points. Both praise the group as the only “real” opposition in Iran, while lashing the existing political opposition movement and accusing all critics of the MeK of a “policy of appeasement.”

Poe’s slavishly pro-MeK comments go yet farther, however, as he praises the cultish Marxist-Islamist group as “freedom fighters” that deserve American support. It is unclear if either MP Amess or Rep. Poe are among the hundreds of top officials who have been paid for their endorsements, or if they simply see the MeK as the surest road to a US war with Iran, which both also support.

Poe, however, has a long history of shilling for the group, sponsoring the bill pushing their removal from the State Department’s list while terming Camp Ashraf, an MeK camp in Iraq left over from the long-standing support for Saddam Hussein, a “bastion of freedom” that the US had to protect from Iran’s “proxies in Iraq.”

The MeK’s history of terrorist attacks includes repeated attacks on US businessmen and military personnel in pre-revolution Iran, and the group was one of the founding members of the “Foreign Terrorist Organization” list when it was created by the US State Department in 1997. The group is typified by its harsh reaction to any criticism, and was reported by Human Rights Watch to have run a private system of detention centers inside Iraq to detain (and in many cases torture) dissident members.