In an incident likely to have huge reverberations far beyond the region, Kandahar Provincial Council Chairman and half-brother of President Hamid Karzai, Ahmed Wali Karzai has been assassinated today. 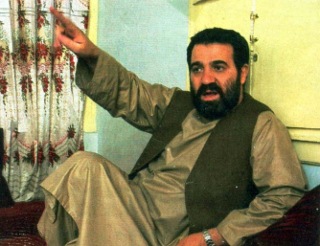 Wali Karzai’s death will likely prove a massive shift in political power in the nation’s restive southwest, as his family’s enormous influence made him the de facto governor of the province, as well as reportedly a major player in drug trafficking in the region.

His death came early in the morning and he was slain by Mohammed Sardar, a commander in the Afghan National Police and reportedly a long-time family friend. Officials said the killing was related to a personal dispute.

Taliban officials insisted that Sardar had been a “sleeper agent” for some time and that they ordered the assassination. Whether this is true or not is unclear, but it is clear that the Taliban stands to gain enormously from the death of the influential tribal leader and official.

Wali Karzai was also long a subject of scorn for US officials, though he was also on the payroll of the CIA for the past decade. The US regularly blamed Wali for surges in the local heroin trade, as well as claiming his corruption was undermining support for the NATO occupation.

One thought on “Wali Karzai, Half-Brother of Afghan President, Slain in Kandahar”