In a very contentious vote yesterday, the Israeli Knesset passed a bill outlawing calls to boycott either Israel in general or the settlements in the occupied territories in particular, allowing lawsuits against them without any proof of damages. 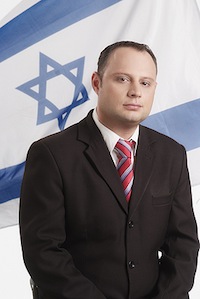 Yesterday’s vote gave way quickly to reactions domestically, as opposition groups plan to contest the constitutionality of the new law in Israel’s high court. At the same time, the current far-right government is moving forward with another bill that would start formal inquiries against the opposition.

But the boycott law itself is the current issue, and to that end a lawsuit is already moving forward, with Soviet-born MP Alex Miller (Yisrael Beiteinu) announcing plans to sue opposition MP Ahmed Tibi for comments supporting a boycott of the West Bank settlement of Ariel.

There is, of course, no evidence that Tibi’s comments did any economic damage to Ariel in general, let alone Miller, but that is the point of the new law: no evidence is needed for the lawsuit.

Perhaps the most interesting criticism of the new law came from the US State Department, which insisted that the anti-boycott law amounted to a violation of the “basic democratic right” of freedom to protest. This is interesting because while not broadly enforced, the US already has its own law banning boycotts of Israel, passed in 1977, which goes even farther than Israel’s own government dared to attempt. The US law actually allows for decade-long prison sentences for boycotting Israel or aiding in the boycott.