Speaking at a conference related to the release of the “Failed States Index,” Admiral Michael Mullen sought to downplay the fact that two countries currently enduring US occupations found their US-backed regimes in the top 10 of the list, insisting that Iraq in particular might have a theoretically bright future because it “has oil.” 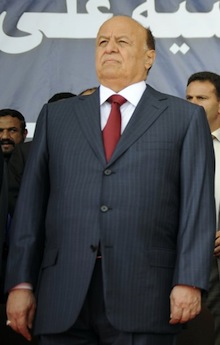 He also downplayed Afghanistan, though in less glowing terms since “Afghanistan does not have such resources” (oil) and instead sought to focus on a nation which did not make the top 10 – Yemen.

In his comments Mullen said the US was extremely concerned about al-Qaeda in the Arabian Peninsula (AQAP) and warned that the group has “taken full advantage of the chaos” brought about by pro-democracy protests against the US-backed dictator Ali Abdullah Saleh.

The US has dramatically increased military aid in Yemen over the past several years, and has recently been pressuring Saleh, currently in exile in Saudi Arabia after a near-fatal attack, to hand over power formally to his deputy, Major General Hadi.