Putting an end to years of controversy, the Czech Republic has announced that it is withdrawing entirely from the US missile defense plans for Europe. The nation’s Defense Minister, Alexander Vondra, said his government wanted to participate but “definitely not in this way.” 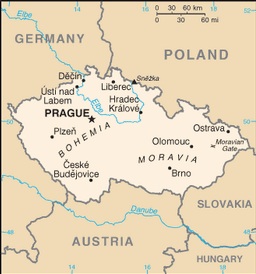 The Bush Administration’s plan was to install missiles in far eastern Poland, along the Russian border, and to build an advanced radar station in the Czech Republic. The plan sparked major protests among Czechs, and polls showed a strong majority opposed to the involvement, fearing it would make the nation a target in the event of a US-Russia war.

But the government remained steadfastly in favor of the plan, until President Obama revised the plan and announced a smaller, more southerly shield. Under his plan, the Czechs would play only a minor role, with an “early warning system” installed there.

Incredibly it was this, and not the massive domestic opposition, that ended Czech involvement, as Minister Vondra lashed the offer of the system as a “consolation prize.” Though the large numbers of protesters opposed to the nation’s involvement may feel relieved now, officials say they would be open to renewing their involvement if the US ponies up a larger role for them.

9 thoughts on “Czech Republic Pulls Out of US Missile Shield”