For a nation in a state of perpetual war, antiwar votes are a time honored tradition giving the antiwar Congressmen a chance to act like they’re accomplishing something and their more jingoistic brethren a chance to give flag-waving speeches denouncing the resolution as treason. All that changed last week when one of those run-of-the-mill Afghan votes came within 9 members of passing. 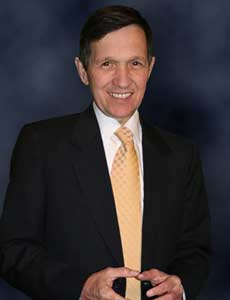 The House had also been promising a vote sometime this week on a resolution demanding the end of the Libya War. Today, however, the Republican leadership announced it is postponing the vote indefinitely because of growing concern that it might actually pass.

Rep. Kucinich’s (D – OH) bill is being further bolstered by an announcement today from the NATO leadership that they have extended the supposedly short-term war for another 90 days, saying they are “determined to continue our operation.” But with President Obama already well beyond his 60-day grace period, he is facing considerable opposition from both parties about his decision to launch the war.

And while the House Republican leadership remains, as ever, firmly behind all wars anywhere, the party’s backbenchers are angry at President Obama’s decision to start a war without consulting Congress. House Speaker John Boehner is said to be “concerned that if this were to come to the floor now, it would pass,” and that he believes this “could” adversely affect the war.

Still, since the resolution is based on the 1973 War Powers Act, Rep. Kucinich can still force a vote over leadership objections as soon as next week. The delay may buy the administration time to invent more justifications for a conflict that even Secretary of State Gates admitted was “not a vital American interest.” Whether this delay will be enough to swing the vote remains to be seen.