Speaking today at the Heritage Foundation, freshman Congressman Allen West (R – FL) called on the US to dramatically increase the size of its Navy, saying it was necessary to prepare to fight China on the high seas. 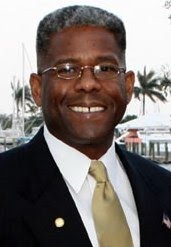 “We have to admit that China is a conventional threat to the United States,” West insisted, adding that it was vital to prevent any spending cuts in the already record military budget because of this threat.

West cited the power of ancient Athens and the Roman Empire in claiming how vital the increase in the size of the Navy was, adding that if the Pentagon budget was cut the military might not be able to afford toilet paper.

West’s comments are likely to sit well with the Pentagon, which is always itching for an increased budget, but may run afoul of his Tea Party supporters, many of whom have been calling for the US to be more careful about its spending and to at least consider cutting military funding as part of an effort to pare away the deficit. Presumably this will not be done by emulating Rome.