Speaking today in an interview with Russian media, Israeli Strategic Affairs Minister and Deputy Prime Minister Moshe Ya’alon urged a military attack on Iran, saying it was necessary to prevent the nation from obtaining nuclear weapons. 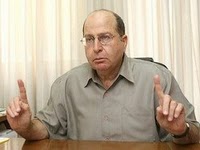 Interestingly enough, just five months ago Ya’alon was downplaying the need for immediate action against Iran, saying that the nation was technologically incapable of creating nuclear weapons and was several years away.

Ya’alon has been calling for attacks on Iran off and on for several years, saying that talks with Iran were doomed to failure and only a military attack was an option. The calls have often come with a sense of urgency, but despite years of “imminent threats” never materializing, they still appear to have considerable currency among Israeli politicians.