When Southern Sudan seceded from Sudan, the region of Abyei was left temporarily in limbo. A key region along the border between the two, the territory has strong ties to both north and south, and was expected to have a separate referendum to decide its future at some point. 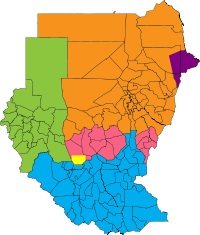 Last week the situation came to a head, when southern troops ambushed and killed 22 northern soldiers who were being escorted by the UN out of the region. This led to a massive invasion by the north, and the full conquest of the region.

The attack has led thousands of civilians to flee, and has led to reports of massive death tolls. Apparently the north has lost a number of troops themselves, however, with a top diplomat saying at least 70 were confirmed killed and 127 others are simply “missing.”

UN officials say they doubted that the toll was authentic, but major violence is undoubtedly going on in the region, and the refugees continue to pour out of the region. Whether any legitimate referendum on Abyei will ever be held remains very much in doubt.