Reports coming out of the island nation of Bahrain indicate that, as the latest effort by the regime to curb dissent are demands that students sign loyalty pledges as a condition of attending college. 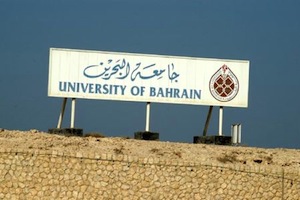 Reports suggest that the university also suspended a large number of students for either participating in demonstrations against the regime or for expressing support for the protests on Facebook.

Bahrain saw protests involving a significant portion of its population, with the Shi’ite majority demanding equal rights and free elections. The GCC invaded the nation to help the Bahraini royal family put down the protests.

4 thoughts on “Bahrain Students Ordered to Pledge Support for Regime”