For the second time this year, Blackwater USA founder Erik Prince has been tapped as the leader of a secret military being formed in the desert. In January he was reportedly at the head of a “anti-piracy milita” in northern Somalia. Now, he is in the United Arab Emirates. 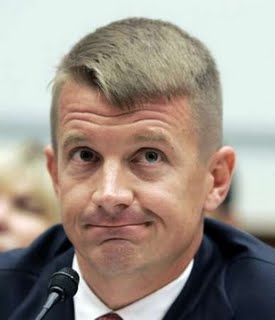 The UAE confirmed Prince’s hiring, saying he was providing “operational, planning and training support” for them, but offering no additional details. Documents leaked regarding the deal with Prince’s new company, Reflex Responses, confirm that he is building up a new mercenary army for the emirates.

The mercenary force is largely composed of Colombians and reportedly also features a number of South African mercs who were involved in the Executive Outcomes corporate army of the 1990’s.

Officially the reason for the new mercenary army is “anti-terrorism” operations, but the force is also confirmed to be created to deal with “internal unrest.” A number of other nations in the region have faced pro-democracy uprisings in recent months, and the United Arab Emirates even provided troops to help Bahrain crush theirs. The UAE itself, however, seems to be taking no chances that its own military won’t be willing to crush similar demonstrations, and is preparing the mercenaries primarily as a force with no local ties which would have no qualms about opening fire on demonstrators to secure the regime’s control.