The Jordanian government has arrested 103 Salafist protesters over the weekend, with Interior Minister ﻿﻿Saad Srour saying that the detainees were responsible for a “premeditated attack” on security forces during Friday’s Amman rallies. 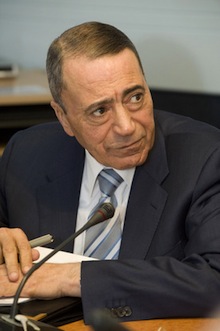 Police started arresting the Salafi Trend members late Friday, accusing them of bringing swords and bundles of barbed wire to protests to attack police with. Six police were reported stabbed during the Amman rallies, but Srour put the total number injured at 83.

Protesters have taken to the streets for months in Jordan, demanding reforms which would allow voters to elect their government, which is currently entirely appointed by the king. The king swapped out governments in early February in hopes of convincing protesters that they were a more reformist bunch.

But now officials including nominally “reformist” Prime Minister﻿ Marouf ﻿﻿Bakhit are openly threatening to crush the protests to “ensure security.” Members of the nation’s Islamist opposition party have warned the government against any hasty moves against demonstrators.