In a move designed seemingly just so the Algerian regime could no longer be accused of being one of those nations in a perpetual “state of emergency,” the government officially lifted the state today, some 19 years after it was announced. 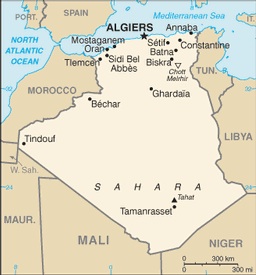 Algeria’s “state of emergency” was imposed in 1992 during te beginning of the Algerian Civil War, and officials have maintained that the policy remained in place only to “fight terrorism.”

President Obama praised the Algerian move as proof the government is “listening and responding to public concerns,” and urged other nations to do the same. It is unclear, however, what restrictions, if any, have actually been lifted.

Indeed, Algeria’s government insisted that the ban on public protests, which was previously claimed to be part of the ongoing state of emergency, is still in effect, and that public protests will still not be tolerated by the regime.

One thought on “After 19 Years, Algeria Lifts State of Emergency”