The spokesman for the provincial governor in Nangarhar Province, Afghanistan has reported that NATO troops killed six civilians yesterday, including four children, in a mistaken air strike against their home. 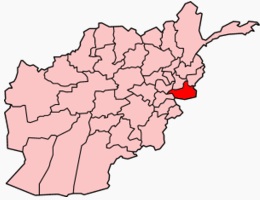 NATO termed the killings “deeply regrettable” but insisted that they were firing on fleeing insurgents at the time. The missile instead hit a home, killing the family of six. The killings sparked anger amongst locals.

The latest deaths come as NATO is probing last week’s offensive in the nearby Kunar Province, which provincial officials there say killed as many as 64 innocent civilians. NATO denied the allegations initially, but has promised further investigation.

Civilian deaths caused by NATO has actually dropped considerably near the end of Gen. Stanley McChrystal’s tenure leading the occupation forces, apparently the result of more restrictive rules of engagement. Since his replacement with Gen. David Petraeus, the toll has risen precipitously, as have the number of strikes in populated areas.