A tiny nation with no real security threats, one would have likely been puzzled up until this week at the massive military spending of Bahrain, and its stockpiling of US-made weapons. The crackdowns of the past few days make it clear: these arms were meant to target the public, not some foreign enemy. 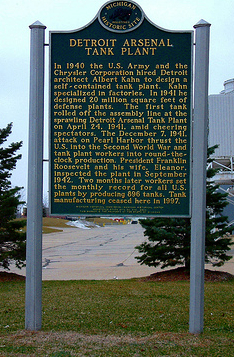 Over the years the US has sold Bahrain an enormous collection of weapons, including the F5 Freedom Fighter warplanes that are in the skies now, literally fighting freedom. The tanks that roll through the streets of Manama are M60A3 tanks, made in Detroit in the 1990s, with an historical market out front lauding the plant as the Arsenal of Democracy. The arsenal, it seems, turned on democracy at some point.

Indeed much as the violent crackdowns in Egypt did during their uprising, much of the brutality in Bahrain is also clearly marked “made in America,” where the Obama Administration, determined to see its status as world’s largest weapons maker, has only grown the sales to brutal regimes.

And really, it should have been obvious from the start. Why would Bahrain, an island nation, need scores of heavily armored tanks, if not to turn them on the public? Is not the privilege of being an island nation that you don’t have to worry about heavy armor? Who exactly did American arms dealers believe these tanks would target, and if they knew all along they would be used to crush dissent, how can Congress not be planning massive investigations?

6 thoughts on “The Arsenal Against Democracy: US Arms Fuel Bahraini Crackdown”