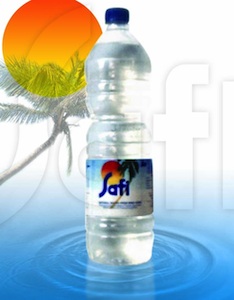 It’s more likely than you’d think in Egypt, where the military is literally into every conceivable industry from tourism to hair-care products. With nearly half a million active duty personnel in the nation and no serious prospect of a war with any of its neighbors, Egypt’s military is a major employer and industrial powerhouse in a nation whose command economy has sparked vast unemployment and growing unrest.

It is the ultimate example of mission creep. Faced with a peace deal with Israel and no other enemies to justify their existence, the military faced threats to cut their enormous budget and set about becoming “self-sufficient.” They manufactured much of their own equipment, even grew their own food.

All of this was pretty easy for a nation with such an enormous supply of poorly paid conscripts, and it didn’t stop there. The military-owned company manufacturing their vehicles made deals with Chrysler, Hyundai and others and went into the car-making business. Other factories started making kitchen appliances. The farms kept expanding until they supplied not only all of the food the military made, but were selling excess on the open market. With nothing better to do, the conscripts started installing telephone lines and paving roads for government projects.

It is a sweetheart deal for the military – the Egyptian poor are forced into military service (for years those who could afford it would simply pay a fine instead) and are farmed out into some military-run industry. Better still those military run industries have zero oversight – they pay no taxes, need no licenses, and the profits from their businesses are entirely “off-book,” going into the military’s coffers to pay for whatever.

And while some career military men griped at the notion of the military spending so little time on, well, military stuff, it also paid off extremely well for the top officers, who not only are in an excellent position to collect on these profits without anyone being the wiser that they ever existed, but are provided heavily subsidized living accommodations.

Needless to say, it was less convenient for private industry, which had to compete with a subsidized rival with foreign and domestic funding and cheap, forced labor. Those with the right connections could count on some cushy government contracts, while the rest were left to struggle.

Interestingly, the US military described this entire phenomenon, in excruciating detail, years ago, praising the Egyptian military’s ability to “employ large numbers of soldiers in meaningful activities” and insisting that military organization is an “ideal type for an industrialized and secularized enterprise,” and insisting it benefited the Egyptian economy enormously.

It was perhaps less obvious when that report was written that this was an unsustainable model, but what is being described is clearly a criminal syndicate operating with legal immunity as a “military” and dominating an ever growing portion of the economy to the severe detriment of competition and efficiency.

After decades of this system, Egypt’s economy is a disaster, with the well-connected living comfortably while the vast majority of Egyptian live in abject squalor, either unemployed or conscripted to serve as cheap labor. Egypt has in many ways become the dystopian society portrayed in Kurt Vonnegut’s Player Piano for the poor and uneducated.

Incredibly, however, when the entire crooked system blew up in their face and the massive unemployment and repression led to full on rebellion against Hosni Mubarak, few recognized the deleterious impact the military has had on the situation.

Fewer still realize just how much money the Egyptian military has, as its official budget only includes the $1.3 billion in annual US aid and a few billion dollars in government subsidy. They likely don’t particularly need either, which explains the lack of influence over the Egyptian military’s operations, but just how big this military truly is would be anyone’s guess, as the profits from its assorted businesses are, of course, entirely “off budget.”