Lebanese Prime Minister Saad Hariri picked an odd time for a US visit, as it ensured he would be out of the country on the deadline of an ultimatum given by the March 8 bloc of his government to settle some serious grievances. The deadline, Wednesday morning, passed and the bloc withdrew, collapsing Lebanon’s broad coalition government. 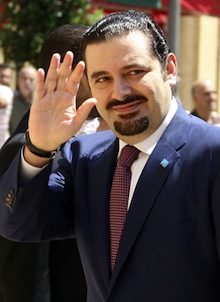 The ongoing talks between the Saudi and Syrian governments were aimed primarily at coming up with some solution to stabilizing Lebanon in the wake of a UN Tribunal that was blaming members of Hezbollah for the assassination of former PM Rafik Hariri. The talks seemed to be stalling over the past week, however, leading to the ultimatum.

Lebanon last voted on a government in June 2009, when they narrowly chose Hariri’s March 14 faction over the Hezbollah-backed March 8 faction. The vote came in the wake of US demands and a Joe Biden visit threatening consequences if Lebanon voted for March 8.

In the end however, in the face of repeated Israeli threats to invade, both blocs ended up joining together in a broad coalition government. Hariri insists he will attempt to repair the rift and save the government, but in all likelihood it is too late for that, and Lebanon seems heading for early elections.