Yemeni state media reported on March 28, 2007 that they had shot down an “Iranian spy plane” over their air space, and the story was quickly picked up by media outlets the world over, with claims Iran was using drones to spy on the Yemenis. 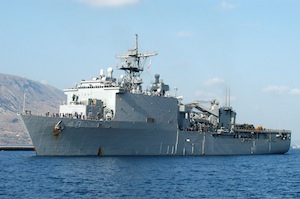 But as with so many things coming out of Yemeni President Saleh’s office, this was a lie. We found this out conclusively today, as a new WikiLeaks cable showed the State Department official Nabeel Khoury had contacted President Saleh before the announcement because the Yemenis found a US drone wash up on shore.

The US insisted the drone was being used outside of Yemeni air space and belonged to the USS Ashland, which was patrolling in international waters at the time. Saleh was said to have “expressed doubt” about this story but promised not to blame the US.

Instead, and bizarrely, he blamed Iran, who doesn’t have drones with anywhere near the range necessary to reach Yemen, and claimed the Yemeni government had “shot them down.” The cable concludes that “Saleh decided he would benefit more from painting Iran as the bad guy in this case.”

One thought on “Yemeni Govt Lies: 2007 ‘Iranian Spy Plane’ Was Known to Be US Drone”