With the Tea Party’s surprisingly strong performance in last month’s mid-term elections, many began to wonder how the Republican Congress would tackle the enormous budget deficit it faces, and which many of those newly elected Congressmen made their primary target. 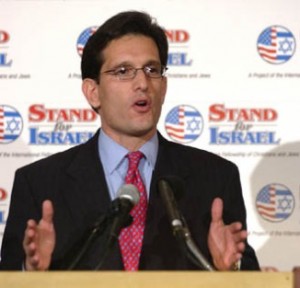 The answer must inevitably include cuts to America’s enormous military budget (which dwarfs any other nation’s) and Americans for Tax Reform has come out of the gate leading the charge for the cuts.

Cutting military spending under any circumstances is considered unthinkable for some of the party’s biggest war enthusiasts, however, and condemnations quickly came from the usual sources. It seems, however, that the call has some momentum behind it.

Indeed, incoming Majority Leader Rep. Eric Cantor (R – VA), himself no stranger to trumpeting the idea of endless war, conceded that military spending would have to be “on the table” when a new budget was tackled. With the Obama Administration’s planned 2011 military budget well more than double the size of the 2001 budget (and a major increase over his 2010 budget), it seems that the days of rubber stamping major increases in war spending could be coming to an end.

14 thoughts on “Growing Conservative Calls to Cut US Military Budget”