Former French Prime Minister Alain Juppe, appointed to the position of Defense Minister this weekend, announced today that the French government will use the upcoming Lisbon Summit to discuss its withdrawal from Afghanistan. 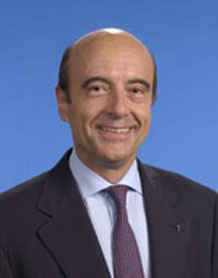 “Afghanistan is, I would say, a trap for all the parties involved there,” Juppe insisted, adding that France was determined to hand over control of French dominated regions to the Afghan government as soon as they could.

The comments seemed to support previous claims by Juppe’s predecessor Herve Morin that France would hand over one of its two zones at some point next year, and fuels speculation that the Sarkozy government wants out of the nation entirely before the 2012 election, to avoid it being a political issue.

Though the war is unpopular across virtually every NATO member nation, it is particularly so in France where some 70% of voters oppose the conflict. Sarkozy’s support for the war has kept France involved, but with even a strong majority of his own party now squarely against it, keeping the war going is a politically losing proposition.