Obama Administration lawyers are said to be extremely concerned by plans for the Pentagon’s new Cyber Command to start launching offensive attacks to “protect US interests,” noting that the legality of what amounts to military-commited computer crimes is “uncertain.” 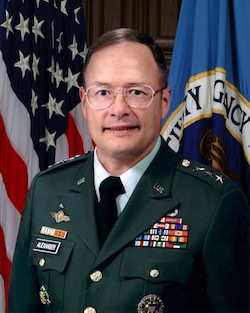 Considering this is the same administration that claims that right to assassinate American citizens outside of war zones this is not, as you might expect, a concern about law and order so much as one about turf. Notably the turf of the government’s other cyber-criminals.

The CIA is also in the midst of this battle, and is claiming that they are the exclusive launchers of attacks against computers that aren’t in specific warzones and that the Cyber Command is stepping on their toes in claiming this same authority.

But the Cyber Command head Gen. Keith Alexander claims that his ability to carry out defensive operations is seriously hindered by the amount of private control over the Internet and the only answer is to carry out offensive attacks.

This has inevitably sparked calls to dramatically increase government (and military) control over the Internet and concerns about privacy as the military seems determined to start launching attacks on private networks en masse and the only public objection is that it’s the CIA’s job to do that.