One might have assumed the Russian military had gotten their fill of occupying Afghanistan in the 1980’s, where over nine years of Soviet occupation led to a disastrous military defeat that played a major role in bankroling the failing empire. Apparently this is not the case, however. 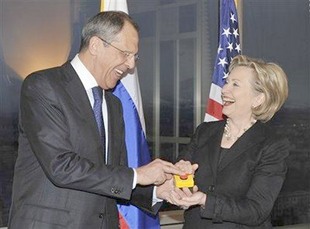 Rather NATO officials are said to be considering a proposal which would include the return of the Russian military to the country, where they would help NATO in backing many of the same politicians, operating out of many of the same bases, as part of their own failed occupation, which is itself entering its 10th year.

Russian officials have raised the prospect of participating in the Afghan War for awhile now, though they had insisted it would be something short of a military involvement. Russian FM Sergey Lavrov has been particularly keen on seeing this. NATO’s desperation to throw ever more troops at the crumbling venture, however, has them keen on finding more troops to put on the ground.

And in this case, NATO chief Anders Fogh Rasmussen’s talk of improving ties with Russia by cooperating in the war might be tempting enough to do what one would’ve assumed would be unthinkable. Whether Russia can really buy improved ties by helping NATO lose a war remains to be seen.