Though establishing a new magazine is never an easy endeavour, al-Qaeda’s “Inspire” magazine has a built in readership of countless security personnel looking for tips about the latest attack. They may be somewhat disappointed in the Fall Issue, however, as Inspire’s ideas seem pretty vague. 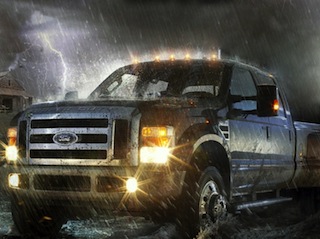 One idea, which the magazine terms “the ultimate mowing machine,” involves welding a bunch of sword blades to the front of a Ford 4×4 truck and then driving it into a conveniently placed crowd of civilians somewhere. The magazine floats the US, Britain, Canada, Australia, France, Germany, Denmark, Holland, Israel, and “other countries” as possible places to carry out the attack.

But for those not keen on the whole truck thing, the magazine also suggests that going to a “random” restaurant somewhere in Washington DC and opening fire might also be a good idea. Since neither article has any specific target in mind, it will likely be extremely difficult for officials to try to foil such an attack.

Which is probably part of the point, as the magazine and its founders at the al-Qaeda in Arabian Peninsula (AQAP) group probably have no intention of telegraphing their actual moves, and are using the magazine not just as a recruitment tool, but as something to scare officials into taking protective action against random ideas they decide to write about.