US officials last night issued an urgent but almost absurdly vague warning against a possible “Mumbai-style” terror plot, referring to the November 2008 attack which killed 173 people over the course of several days in Mumbai, India. 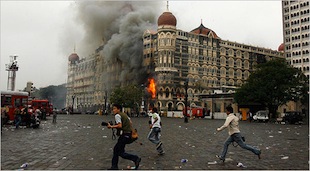 The new plot, however, involves “credible but non-specific” plans gleened from the interrogation of a suspect being held at Bagram, the US detention center in Afghanistan.

The aim was said to be attacks on “economic or soft” targets, but exactly where or even approximately where is unknown, officials say the attack could be virtually anywhere in Western Europe or North America.

And exactly who seems even more vague, as officials say the “potential operatives” could be European, North African, Pakistani, Turkish, Uzbek, Tajik, or some combination thereof. Which covers a good chunk of the planet’s population.

Officials are also conflicted on exactly how much panic they are trying to cause, insisting there is no “imminent” threat of attack against any one target as near as they can tell, while tying it to Mumbai makes it clear that it is something meant to be massively concerned about.