Reports are coming out of Britain today that Defense Secretary Liam Fox made contact with the Pentagon earlier this week to promise Secretary Robert Gates that Britain will keep its nuclear arsenal, despite growing budget problems. 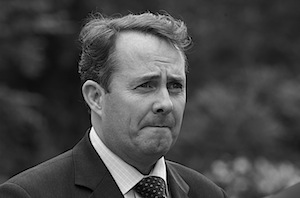 Secretary Gates was said to have “expressed concern” about Britain’s military cuts, and a number of US officials have been complaining that Britain has been looking to clash its military budget, as the nation simply cannot afford to keep spending at the current levels.

But can Fox really keep the pledges with Britain facing a massive expenditure on its Trident project? Reports from just a week ago suggested that Secretary Fox was threatening to resign if Britain abandoned its nuclear weapons, and even though he is clear about wanting to keep the weapons of mass destruction, it seems far from certain that he will get his way.

Equally uncertain is why the United States, which itself has thousands of nuclear warheads, is so determined to see Britain keep its relatively modest arsenal at a time when US President Obama is ostensibly advocating nuclear disarmament the world over.

One thought on “British DM Promises US He’ll Keep Nukes”