Though the prospects of the detention center ever actually closing are looking increasingly remote, Gitmo chief Admiral Jeffrey Harbeson revealed today that the Executive Order stating that the facility was going to close was the most recent he had received, and what he is still going on. 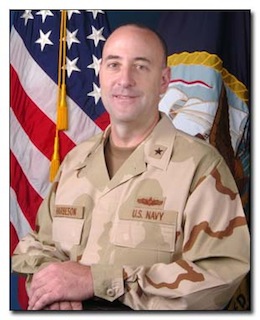 Admiral Harbeson added that there were absolutely no efforts being made to plan the long term detention of the 48 detainees that President Obama has promised will never be released, no matter if they charged with a crime or not, and that “we go day by day right now.”

President Obama made a pledge to close the facility within one year shortly after taking office, promising that the detainees would be charged or released. When this proved politically difficult, the president dropped the call and nothing came of it. Nine months after the deadline to close the facility, nothing seems to be happening at all.

Which means after chiding the Bush Administration for its handling of the detention center President Obama is once again following the Bush strategy, which is to say holding the detainees for years without charges and assuming someone in the future will take care of the mess.