Between the violence, the fraud, the low turnout and the massive intimidation Afghanistan’s parliamentary election has no shortage of side stories. But as the count begins the eyes are turning to the results, which likely won’t be finalized for many weeks. 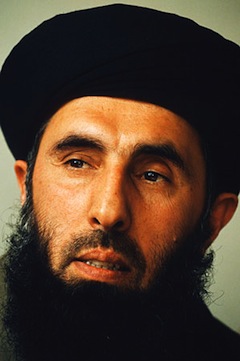 But one of the hopeful parties that looks to pick up a number of seats is the Hezb-e Islami, a group that is double-billed as an insurgent faction and a political party. The number of its candidates who are warlords or members of the insurgency has raised more than a few eyebrows.

So has their leader, Gulbuddin Hekmatyar, a close US ally turned anti-Taliban insurgent turned officially designed by the US State Department terrorist. Hekmatyar is not officially listed as the leader of the political movement but, its members say, this is only because he is currently in hiding. Officials believe he is in Pakistan, directing the insurgent wing of the movement there.

The group has been increasingly active in courting the Karzai government as a potential ally in recent months, but many see this activity as a simple effort to “hedge their bets” and guarantee that they’ll have some sort of influence regardless of which side wins.