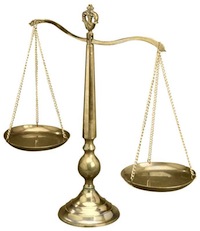 The Ninth Circuit Court of Appeals ordered a lawsuit against Boeing subsidiary Jeppesen Dataplan dismissed today because allowing a hearing into the company’s apparent complicity in the extralegal detention, rendition and torture of detainees as part of a secret CIA program was trumped by the “need to protect state secrets.”

The result was a narrow 6-5 vote and even those judges voting in favor of the “national secruity” side of things insisted they did so reluctantly. The Bush Administration, and later the Obama Administration, insisted that the trial carried an “unjustifable risk” that Jeppesen’s defense would involve the leak of state secrets.

The dissenting judges insisted the ruling was too broad and was “dangerous as a means of hiding governmental misbehavior under the huise of national security.” Jeppesen’s involvement in the “extraordinary renditions” was initially uncovered in 2006, when a former employee insisted the managing director of the company bragged about how the company does “the torture flights” and that “it certainly pays well.”