NATO officials today were bragging about a “precision air strike” against a vehicle traveling on “a series of remote roads in Rostaq district” and assured that “no civilians were present” at the time of the attack. 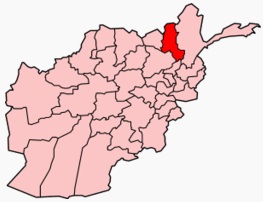 No civilians, it turns out, except for the ones in the car, as Takhar provincial officials quickly confirmed that the vehicle’s passengers were all election campaigners preparing for this month’s parliamentary election. Ten campaign workers were killed and two others, including a candidate for parliament, were wounded.

District governor Malim Hussain chastized NATO for the attack, saying the convoy of election workers was a ridiculous target and that NATO ought to realize that “a Taliban commander does not travel in a 100-vehicle convoy.”

NATO has promised to “investigate” the attack but was very clear in the first place about the strike being deliberate, and believing that the target was some sort of Taliban commander. The fact that the intelligence was wrong will likely be little consolation for the victims, particularly as NATO strikes seem to be escalating and killing an increasing number of innocent civilians.

Last weekend a group of militants killed five campaign workers and the world reacted with shock. One must wonder today, when NATO killed twice as many, if it will be shrugged off as just another of many “accidents” in the nine year war.