A high ranking Pakistani military delegation canceled a planned visit to US Central Command (Centcom) headquarters in Tampa today after the 8 men were detained at Washington DC’s Dulles Airport as suspected terrorists. 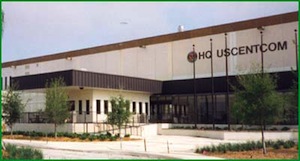 The delegation included brigadier generals and was headed by a two-star admiral in the Pakistani Navy, who were forcibly removed from a plane to Tampa after a passenger reportedly overheard one of them saying “I hope this is the final plane to the destination,” which she assumed meant he was a terrorist.

After their removal the delegation was interrogated, though TSA officials insist they were not involved in the interrogation and that it was handled solely by employees of United Airlines. One of the officials said he was treated extremely rudely.

During the detention the men showed their passports and a letter of invitation from Centcom, but they were barred from contacting the Pakistani embassy or Centcom during their detention. The Pentagon called the incident “unfortunate” but denied reports that they had apologized to the Pakistani government for the wrongful detentions.