In what could finally break months of stalemate in the wake of Iraq’s March 7 election, reports suggest that as many as 35 members of Iraqi Prime Minister Nouri al-Maliki’s State of Law bloc could withdraw in favor of supporting a prospective coalition government between the Iraqi National Alliance (INA) and the Iraqiya bloc. 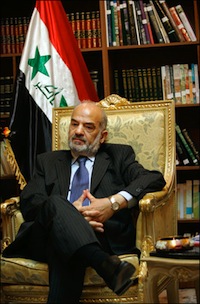 The report comes amid rumors that the INA and Iraqiya are close to a deal in principle to forming a government, with the Syrian government brokering talks between the two sides.

State of Law and the INA were previously close to a deal, but Prime Minister Maliki’s demands that he retain his position eventually drove the sides apart. Now it seems those demands may drive the State of Law apart as well.

Though it is not stated outright, it is also entirely possible that the 35 members would join the Shi’ite dominated INA, or at least there would be a strong tendency to support them, meaning their bargaining position as a third place finisher in the election would grow dramatically stronger.

The shift could mean the INA itself would end up with the prime ministership after all, though it remains to be seen which of a myriad of possible candidates would be put forward and be most amenable to Iraqiya. Former Prime Minister Ibrahim al-Jaafari is one likely candidate.