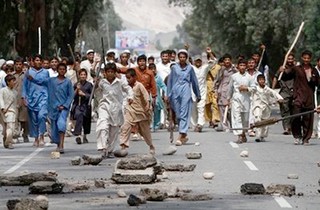 NATO insists that they were pursuing a “bomb-making expert” at the time and that they believe the two people they killed were “insurgents.” They also claim somebody in the area fired on them before the killings, though they do not make it clear if the victims were armed.

NATO did however admit to killing a civilian in Kandahar Province, saying that he was a farmer killed in his field during a firefight with insurgents. They promised to discuss that killing with local elders.

The killing of civilians by the US-led NATO occupation force is an increasingly controversial issue, which is fueling opposition to the war among Afghans. The use of night raids had been virtually banned by Gen. McChrystal in his last days in office, but Gen. Petraeus is said to have pared away restrictions on targeting civilians because they “hurt morale.”