Delivering his annual report to Britain’s Parliament Lord Carlile, the government appointed Terror Watchdog, has suggested that the banning of Hizb ut-Tahrir, a Muslim political group committed to non-violence, should not be the top priority of the government in its war on terrorism. Rather, websites should be. 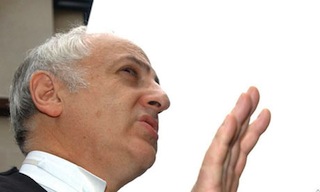 Terming websites the “biggest terror threat” Britain faces, Lord Carlile called for the government to tackle websites the world over, “some highly offensive to those who enjoy our relatively peaceful national political life; some openly encourage violent jihad; some praise the asserted heroism of suicide bombers.”

Lord Carlile conceded that such action would be difficult to accomplish, claiming that “international apathy” stands in the way of censoring these websites, and that jurisdictional issues also exist.

Efforts to censor websites considered pro-terror, even tenuously so, are hardly restricted to Britain and an increasing number of Western nations have sought to dramatically expand control over the internet in the name of targeting them. The Obama Administration may well get similar powers as part of the Senate effort to grant the president an “internet kill switch,” though this is being couched as protecting America’s economy as opposed to a specific attempt to censor unacceptable content.

Lord Carlile has been under considerable scrutiny in recent months for a number of his positions, notably his support of “control orders,” a form of house arrest for suspects based on secret evidence. Though his position theoretically has no term limit, many have suggested that over the past few years his support for more and more draconian government schemes ostenisibly to target terrorism means he should be replaced.