Lieutenant General Michael Oates, the general in charge of combating the rising number of IED attacks in Afghanistan, today outlined the official US plan for combating them. In short, the US plans to “kill more bomb-planting insurgents.” 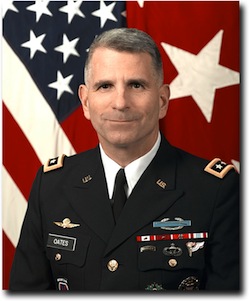 Of course the US has been killing “insurgents” across Afghanistan for nearly nine years now, in every increasing numbers, and with more and more IED attacks coming all the time. Lt. Gen. Oates predicted that the strategy would start working around December.

Which is perhaps an extremely clever prediction, as of course the number of IED attacks and attacks in general drop precipitously in late November or early December every year, with the first frost rendering much of the country virtually impassable until Spring.

In that sense Lt. Gen. Oates has made a “can’t miss” prediction, and it will almost certainly be seen to come to pass in December, and will last for a few months before the thaw of spring leads to another upsurge in violence. At that point officials will need to come up with another “new” strategy, which will likely also involve killing enough people to make the war finally work.