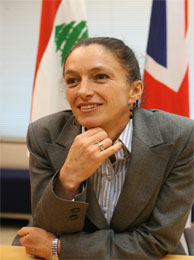 Guy had praised Fadlallah for his willingness to “reach across faiths” in religiously split Lebanon and said “the world needs more people like him.” She insists that the comments were not intended to cause offense.

But while Fadlallah was highly thought of throughout Lebanon and indeed across most of the Shi’ite Muslim world as a pioneer of modernization and womens’ rights, he was deeply reviled in Israel, and Israeli officials accused him of being a “terror mastermind” who was “unworthy of praise.”

Guy is just the latest to face official wrath for praising the late Ayatollah. Earlier this week CNN’s Senior Middle East Editor Octavia Nasr was sacked for tweeting that she was “sad to hear” that Fadlallah had died.