By far the most influential voice in all of Iraq, Grand Ayatollah Ali Sistani has long been loath to have any but the most superficial role in politics, and many have said he has sort of taken a dim view of other clerics, like Moqtada al-Sadr, taking such open positions on candidates and setting up their own political blocs. 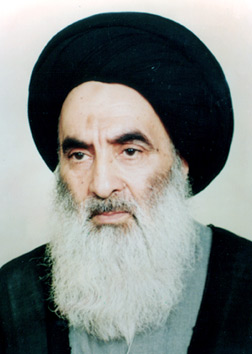 This hands-off approach appears to have come to an end, however, as insiders are saying that the ayatollah is the driving force behind the scenes in the alliance of the State of Law and Iraqi National Alliance blocs, an alliance which could leave him in the position of de facto ruler of a more clergy-driven Shi’ite Iraqi government.

Exactly how deep Sistani’s influence on the alliance is remains shrouded in mystery behind back door deals, but the cleric seems to be the only plausible reason the two blocs, which clearly don’t like each other, haven’t split up.

Having discovered his political will, Sistani already has a ready-made opportunity to dominate the day-to-day operations of the presumptive new government, as the Najaf Marja’Iya, a Shi’ite clerical organization that he dominates, will be given “binding” power to issue edicts on government policy.