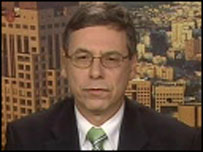 Ayalon now claims that 75 al-Qaeda linked mercenaries were on board the ship, heavily armed, and that they ambushed the Israeli troops before their eventual capture.

Last week Israel’s official story was that 50 members of the Turkish military were on board the ship, armed with assault rifles. It is unclear if Ayalon’s 75 al-Qaeda are in addition to the 50 Turkish troops or not. The 50 troops were themselves a revision from the initial story that the crew attacked them with makeshift bats.

In either case Israel’s claims don’t hold up to even casual scrutiny, as neither the assault rifles nor the arms, nor the Turkish soldiers nor the al-Qaeda members, were found on board the ship.

In fact Israel has already released every single person who was on board the aid ship, and none was charged with a single crime. One would imagine Israel, which styles itself as the central front in the war on terror, would have had the presence of mind to detain 75 members of al-Qaeda if indeed their military had captured them.