Despite a growing number of reports suggesting that the State of Law bloc and the Iraqi National Alliance were drifting apart in the weeks since forming an alliance, Iraqi MP Sheikh Khaled al-Attiya insists the two groups remain on track to form the next government. 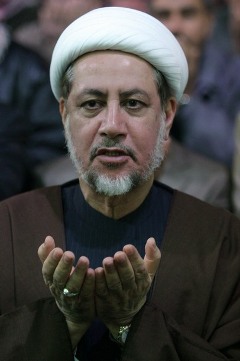 Attiya insists that the two blocs will merge and will be called the “National Alliance.” The second and third place finishers in the March 7 vote, the two would have a combined 159 seats, just shy of the 163 needed to form a government.

The two blocs had reportedly been at odds over which would get the Prime Ministership, and Attiya’s comments did not suggest that this had been resolved.

The wild card in all of this is the secular Iraqiya bloc, the first place finisher in the election, who claimed that they too were close to making a deal with the INA on forming a government of their own.

Iraqiya and State of Law have been at odds since the election, with Prime Minister Maliki ordering detentions of Iraqiya members and Iraqiya head Ayad Allawi slamming Maliki repeatedly.