After nearly six months of diplomatic wrangling the Obama Administration has finally managed to push through new sanctions against Iran at the UN Security Council, with a vote of 12 countries in favor, 2 against, and one abstaining. 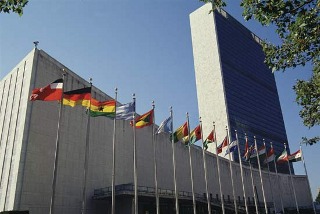 The two against were, obviously, Brazil and Turkey. The two nations had engaged in intensive negotiations with Iran, which ended with them signing a third party enrichment deal that the US had long demanded and had been insisting was the reason behind the sanctions. The US responded by angrily condemning Turkey and Brazil and announcing the sanctions would go forward anyhow. Lebanon abstained from the vote, claiming Iran was too touchy an issue for the nation’s large Shi’ite population.

The sanctions will prevent Iran from investing in nuclear technology abroad, from buying certain military hardware, and requires all countries to inspect ships or planes headed to or from Iran.

The energy sanctions, long the cornerstone of the sanctions, were sort of included, according to the US. China in particular, a major investor in Iranian oil, had opposed its inclusion. A vague reference to the Iranian energy sector in the first paragraph will, US officials assure, provide enough excuse to go after any companies that attempt to do business in Iran’s oil and gas sector.