Speaking today in the Foreign Affairs and Defense Committee of the Knesset (Israeli Parliament) Mossad Chief Mair Dagan warned that Israel is no longer an “asset” to the United States and is increasingly becoming a burden. 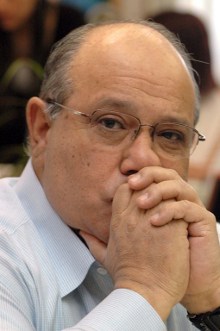 Dagan said that the US bellicosity of the 1990s was more conducive to Israel’s ability to rely on American threats to back up their positions, and that President Obama’s election “has been viewed as weakness and influences Israel’s difficulty in diplomatic maneuvers.”

Dagan also discussed the attack on a Gaza aid ship, saying that the army had initially considered simply sabotaging the ship and leaving it stranded in international waters, but decided against it over fear of a “humanitarian crisis.” Instead Israeli commandos boarded the ship guns a-blazing, and killed at least 19 aid workers.

Though the international community has reacted with understandable outrage at the massacre of the aid workers, Israel seems to be concerned primarily with the Obama Administration’s response, which so far has been a non-response.

Though inside Israel the killings have been mostly praised as a great military victory over “brutal” aid workers, international outcry seems to be lingering, and President Obama will likely be under pressure to address the massacre at some point.

48 thoughts on “Mossad Chief: Israel Becoming a Burden to US”