In the end, Israel’s makeshift prison camp at Ashdod got its money’s worth.

Though the victims of last night’s attack on one of the aid ships were quietly ferried to Haifa amid secrecy, the Israeli press had already arrived at Ashdod, and their they remained, dutifully covering the five ships that were captured without a massacre. 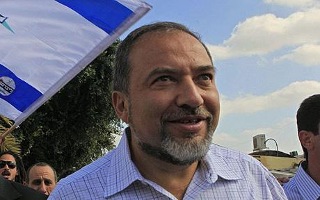 The massacre ship has been placed under the sort of stringent military censorship one has come to expect from Israel, with the only information about the slain and the injured passing through Israel’s chief military censor, and only “approved” photos and videos made available to spin the Israeli attack in as positive a light as possible.

Faced with an official story from the military that flies in the face of all reason and a domestic population so jingoistic that there are now calls for boycotts of Turkey for complaining about the massacre and reports of Israelis flocking to the coast to “support” the attack, Israel’s media has chosen the low road, the one carefully couched in patriotism and praise for the right-far-right coalition government.

Ynet dutifully describes the aid workers as “brutal” and claims that the heavily armed commandos were “beaten senseless” by aid workers armed with glass bottles and slingshots.

Jerusalem Post took the official story a step further, claiming the commandos were armed with rifles that shot only paintballs, and heaping praise on the “nobility” of the soldiers. No attempt was even made to explain how the “non-lethal” paintball guns killed 19 aid workers.

Israel’s government has vigorously cheered the attack and the ensuing massacre, claiming the aid workers were secretly “terrorists” that had al-Qaeda ties, and lauding the “great restraint” of their soldiers in massacring only 19 of them.

Internationally the media coverage has been decidedly mixed, with early outrage giving way to a predictable acceptance of the Israeli military’s stance. What was once being called an “attack” or a “massacre” was now a “battle” and aid workers became “pro-Palestinian activists.”

For those who thought the ramming of a previous aid ship and the kidnapping of the crew of another aid ship were outrageous, there is palpable incredulity at the blase reaction to Israeli commandos mowing down the crew of a civilian aid ship. Given the decades of practice Israel has had at spinning civilian massacres as “self defense,” however, it is perhaps not surprisingly that they’ve gotten quite adept at it.

32 thoughts on “Amid Censorship, Israel’s Media Does Its Part”